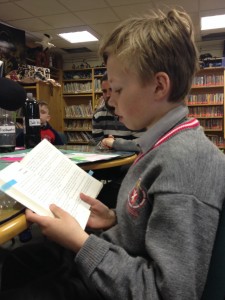 Antarctica is the coldest of Earth’s continents. The coldest natural temperature ever recorded on Earth was −89.2 °C (−128.6 °F) at the Soviet (now Russian) Vostok Station in Antarctica on 21 July 1983.] For comparison, this is 11 °C (20 °F) colder than subliming dry ice at one atmosphere of partial pressure, but since CO2 only makes up 0.039% of air, temperatures of less than −150 °C (−238 °F) would be needed to produce dry ice snow in Antarctica. Antarctica is a frozen desert with little precipitation; the South Pole itself receives less than 10 cm (4 in) per year, on average. Temperatures reach a minimum of between −80 °C (−112 °F) and −90 °C (−130 °F) in the interior in winter and reach a maximum of between 5 °C (41 °F) and 15 °C (59 °F) near the coast in summer. Sunburn is often a health issue as the snow surface reflects almost all of the ultraviolet light falling on it. Given the latitude, long periods of constant darkness or constant sunlight create climates unfamiliar to human beings in much of the rest of the world.

At the edge of the continent, strong katabatic winds off the polar plateau often blow at storm force. In the interior, wind speeds are typically moderate. During clear days in summer, more solar radiation reaches the surface at the South Pole than at the equator because of the 24 hours of sunlight each day at the Pole

Antarctica is colder than the Arctic for three reasons. First, much of the continent is more than 3,000 m (9,800 ft) above sea level, and temperature decreases with elevation in the troposphere. Second, the Arctic Ocean covers the north polar zone: the ocean’s relative warmth is transferred through the icepack and prevents temperatures in the Arctic regions from reaching the extremes typical of the land surface of Antarctica. Third, the Earth is at aphelion in July (i.e., the Earth is furthest from the Sun in the Antarctic winter), and the Earth is at perihelion in January (i.e., the Earth is closest to the Sun in the Antarctic summer). The orbital distance contributes to a colder Antarctic winter (and a warmer Antarctic summer) but the first two effects have more impact.

A glacier is a persistent body of dense ice that is constantly moving under its own weight; it forms where the accumulation of snow exceeds its ablation (melting and sublimation) over many years, often centuries. Glaciers slowly deform and flow due to stresses induced by their weight, creating crevasses, seracs, and other distinguishing features. They also abrade rock and debris from their substrate to create landforms such as cirques and moraines. Glaciers form only on land and are distinct from the much thinner sea ice and lake ice that form on the surface of bodies of water.

On Earth, 99% of glacial ice is contained within vast ice sheets in the polar regions, but glaciers may be found in mountain ranges on every continent except Australia, and on a few high-latitude oceanic islands. Between 35°N and 35°S, glaciers occur only in the Himalayas, Andes, Rocky Mountains, a few high mountains in East Africa, Mexico, New Guinea and on Zard Kuh in Iran. Glaciers cover about 10 percent of Earth’s land surface. Continental glaciers cover nearly 5 million square miles of Antarctica’s 5.1 million square miles, with an average thickness of 7,000 feet. Greenland and Patagonia also have huge expanses of continental glaciers.

Glacial ice is the largest reservoir of freshwater on Earth. Many glaciers from temperate, alpine and seasonal polar climates store water as ice during the colder seasons and release it later in the form of meltwater as warmer summer temperatures cause the glacier to melt, creating a water source that is especially important for plants, animals and human uses when other sources may be scant. Within high altitude and Antarctic environments, the seasonal temperature difference is often not sufficient to release meltwater.

Because glacial mass is affected by long-term climate changes, e.g., precipitation, mean temperature, and cloud cover, glacial mass changes are considered among the most sensitive indicators of climate change and are a major source of variations in sea level.

A large piece of compressed ice, or a glacier, appears blue as large quantities of water appear blue. This is because water molecules absorb other colors more efficiently than blue. The other reason for the blue color of glaciers is the lack of air bubbles. Air bubbles, which give a white color to ice, are squeezed out by pressure increasing the density of the created ice.