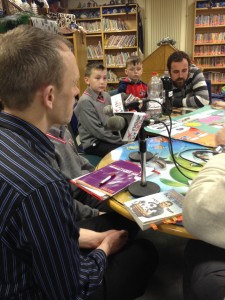 World War I, also known as the First World War or the Great War, was a global war centered in Europe that began on 28 July 1914 and lasted until 11 November 1918. More than 9 million combatants and 7 million civilians died as a result of the war, a casualty rate exacerbated by the belligerents’ technological and industrial sophistication, and tactical stalemate. It was one of the deadliest conflicts in history, paving the way for major political changes, including revolutions in many of the nations involved.

The war drew in all the world’s economic great powers, assembled in two opposing alliances: the Allies (based on the Triple Entente of the United Kingdom/British Empire, France and the Russian Empire) and the Central Powers of Germany and Austria-Hungary. Although Italy had also been a member of the Triple Alliance alongside Germany and Austria-Hungary, it did not join the Central Powers, as Austria-Hungary had taken the offensive against the terms of the alliance. These alliances were reorganised and expanded as more nations entered the war: Italy, Japan and the United States joined the Allies, and the Ottoman Empire and Bulgaria the Central Powers. More than 70 million military personnel, including 60 million Europeans, were mobilised in one of the largest wars in history. The trigger for war was the 28 June 1914 assassination of Archduke Franz Ferdinand of Austria, heir to the throne of Austria-Hungary, by Yugoslav nationalist Gavrilo Princip in Sarajevo. This set off a diplomatic crisis when Austria-Hungary delivered an ultimatum to the Kingdom of Serbia, and entangled international alliances formed over the previous decades were invoked. Within weeks, the major powers were at war and the conflict soon spread around the world.

On 28 July, the Austro-Hungarians declared war on Serbia and subsequently invaded. As Russia mobilised in support of Serbia, Germany invaded neutral Belgium and Luxembourg before moving towards France, leading United Kingdom to declare war on Germany. After the German march on Paris was halted, what became known as the Western Front settled into a battle of attrition, with a trench line that would change little until 1917. Meanwhile, on the Eastern Front, the Russian army was successful against the Austro-Hungarians, but was stopped in its invasion of East Prussia by the Germans. In November 1914, the Ottoman Empire joined the Central Powers, opening fronts in the Caucasus, Mesopotamia and the Sinai. Italy joined the Allies in 1915 and Bulgaria joined the Central Powers in the same year, while Romania joined the Allies in 1916, and the United States joined the Allies in 1917.

The Russian government collapsed in March 1917, and a subsequent revolution in November brought the Russians to terms with the Central Powers via the Treaty of Brest Litovsk, which constituted a massive German victory until nullified by the 1918 victory of the Western allies. After a stunning Spring 1918 German offensive along the Western Front, the Allies rallied and drove back the Germans in a series of successful offensives. On 4 November 1918, the Austro-Hungarian empire agreed to an armistice, and Germany, which had its own trouble with revolutionaries, agreed to an armistice on 11 November 1918, ending the war in victory for the Allies.

Antarctica is Earth’s southernmost continent, containing the geographic South Pole. It is situated in the Antarctic region of the Southern Hemisphere, almost entirely south of the Antarctic Circle, and is surrounded by the Southern Ocean. At 14,000,000 square kilometres (5,400,000 square miles), it is the fifth-largest continent in area after Asia, Africa, North America, and South America. For comparison, Antarctica is nearly twice the size of Australia. About 98% of Antarctica is covered by ice that averages 1.9 kilometres (1.2 mi) in thickness, which extends to all but the northernmost reaches of the Antarctic Peninsula.

Antarctica, on average, is the coldest, driest, and windiest continent, and has the highest average elevation of all the continents. Antarctica is considered a desert, with annual precipitation of only 200 mm (8 in) along the coast and far less inland. The temperature in Antarctica has reached −89 °C (−129 °F), though the average for the third quarter (the coldest part of the year) is −63 °C (−81 °F). There are no permanent human residents, but anywhere from 1,000 to 5,000 people reside throughout the year at the research stations scattered across the continent. Organisms native to Antarctica include many types of algae, bacteria, fungi, plants, protista, and certain animals, such as mites, nematodes, penguins, seals and tardigrades. Vegetation, where it occurs, is tundra.

Antarctica is a de facto condominium, governed by parties to the Antarctic Treaty System that have consulting status. Twelve countries signed the Antarctic Treaty in 1959, and thirty-eight have signed it since then. The treaty prohibits military activities and mineral mining, prohibits nuclear explosions and nuclear waste disposal, supports scientific research, and protects the continent’s ecozone. Ongoing experiments are conducted by more than 4,000 scientists from many nations.

Vikings (Norwegian and Danish: Vikinger; Swedish and Nynorsk: Vikingar; Icelandic: Víkingar), from Old Norse víkingr, were Germanic Norse seafarers, speaking the Old Norse language, who raided and traded from their Scandinavian homelands across wide areas of northern and central Europe, as well as European Russia, during the late 8th to late 11th centuries. The term is also commonly extended in modern English and other vernaculars to the inhabitants of Viking home communities during what has become known as the Viking Age. This period of Norse military, mercantile and demographic expansion constitutes an important element in the early medieval history of Scandinavia, the British Isles, France, Kievan Rus’ and Sicily.

Facilitated by advanced seafaring skills, and characterised by the longship, Viking activities at times also extended into the Mediterranean littoral, North Africa, the Middle East and Central Asia. Following extended phases of (primarily sea- or river-borne) exploration, expansion and settlement, Viking (Norse) communities and polities were established in diverse areas of north-western Europe, European Russia, the North Atlantic islands and as far as the north-eastern coast of North America. This period of expansion witnessed the wider dissemination of Norse culture, while simultaneously introducing strong foreign cultural influences into Scandinavia itself, with profound developmental implications in both directions.

Popular, modern conceptions of the Vikings—the term frequently applied casually to their modern descendants and the inhabitants of modern Scandinavia—often strongly differ from the complex picture that emerges from archaeology and historical sources. A romanticized picture of Vikings as noble savages began to emerge in the 18th century; this developed and became widely propagated during the 19th-century Viking revival. Perceived views of the Vikings as alternatively violent, piratical heathens or as intrepid adventurers owe much to conflicting varieties of the modern Viking myth that had taken shape by the early 20th century. Current popular representations of the Vikings are typically based on cultural clichés and stereotypes, complicating modern appreciation of the Viking legacy.