Programme 1 and 2 led by Miss Cross’s class- the Antarctic, great explorers, the famine. 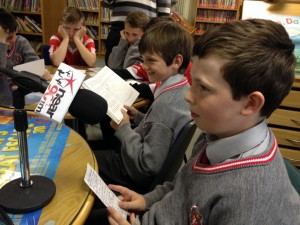 The Heroic Age of Antarctic Exploration

The Heroic Age of Antarctic Exploration began at the end of the 19th century and closed with Ernest Shackleton’s Imperial Trans-Antarctic Expedition in 1917. During this period the Antarctic continent became the focus of an international effort that resulted in intensive scientific and geographical exploration and in which 17 major Antarctic expeditions were launched from ten countries. The prize of the Heroic age was to reach the South Pole. Two expeditions set off in 1910 to attain this goal; a party led by Norwegian polar explorer Roald Amundsen from the ship Fram and Robert Falcon Scott’s British group from the Terra Nova.

Amundsen succeeded in reaching the Pole on 14 December 1911 using a route from the Bay of Whales to the polar plateau via the Axel Heiberg Glacier.

Scott and his four companions reached the South Pole via the Beardmore route on 17 January 1912, 33 days after Amundsen. All five died on the return journey from the Pole, through a combination of starvation and cold. The Amundsen–Scott South Pole Station was later named after these two men.

The Great Famine (Irish: an Gorta Mór) or the Great Hunger was a period of mass starvation, disease, and emigration in Ireland between 1845 and 1852. It is sometimes referred to, mostly outside Ireland, as the Irish Potato Famine, because about two-fifths of the population was solely reliant on this cheap crop for a number of historical reasons. During the famine, approximately 1 million people died and a million more emigrated from Ireland, causing the island’s population to fall by between 20% and 25%.

The proximate cause of famine was Phytophthora infestans, a potato disease commonly known as potato blight, which ravaged potato crops throughout Europe during the 1840s. However, the impact in Ireland was disproportionate, as one third of the population was dependent on the potato for a range of ethnic, religious, political, social, and economic reasons, such as land acquisition, absentee landlords, and the Corn Laws, which all contributed to the disaster to varying degrees and remain the subject of intense historical debate.

The famine was a watershed in the history of Ireland. Its effects permanently changed the island’s demographic, political, and cultural landscape. For both the native Irish and those in the resulting diaspora, the famine entered folk memory  and became a rallying point for various Irish Home Rule and United Ireland movements, as the whole island was then part of the United Kingdom of Great Britain and Ireland.

The massive famine soured the already strained relations between many of the Irish people and the British Crown, heightening Irish republicanism, which eventually led to Irish independence in the next century. Modern historians regard it as a dividing line in the Irish historical narrative, referring to the preceding period of Irish history as “pre-Famine”.